This guide features resources related to the 50th Anniversary of NASA's first moon landing. A pop-up display will be on exhibit at the Merrill-Cazier Library July 10-31, 2019.

In July 1969, a crew of three NASA astronauts set out to land on the moon. On July 20th, Neil Armstrong and Buzz Aldrin took the first steps on the lunar surface, spending over 21 hours before returning to Earth. Their success captivated Americans and the world. The landing completed a ten-year mission to send Americans to the moon.

50 years on, scientific exploration has continued over the intervening decades, including significant contributions from the USU community.

Resources featured on this page and in a display at USU's Merrill-Cazier Library explore the history of NASA's scientific research, the moon landing, and their impacts.

Digital Versions of Materials on Display 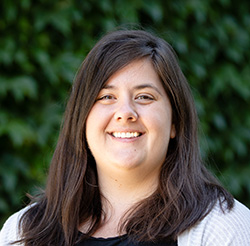