In this book, John Lipski describes the immense richness of the varieties of a language which is spoken from the US-Canadian border to Antartica. The first part of the book presents a linguistic analysis of Latin American Spanish and places it in a broad historical context. The author examines the phonology and morphology of the language, its syntactic and lexical variation and social differentiation, its past and present contacts with other languages and also explores the socio-historical factors which have shaped the various Latin American Spanish dialects. He provides the reader with a detailed account of the influence of African and Native American languages and populations, and assesses the contribution made by Peninsular Spanish. This includes the geographical and social origins of the original Spanish settlers, the effects of dialect levelling and nautical language and subsequent migratory patterns. There are also in-depth evaluations of dialect classification schemes. The second section of the book gives a detailed country-by-country account of Latin American Spanish, with key historical facts for each country as well as details on pronunciation, morphosyntax and the lexicon.

Finding Books in the Library Catalog

Finding e-Books in the Library Catalog

Can I help you? 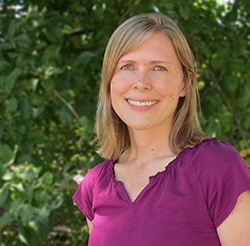 You can access virtually all library databases, e-journals, and e-books from home or anywhere off-campus. You will be prompted to enter your A number and Access (banner) password when accessing resources from the USU library website, a library research guide, or Canvas, and then you will have full access.