Honors 1300 - Media and Democracy: Your Assignment

People used to play a parlor game called “Six Degrees of Kevin Bacon,” which is based on the idea that any two people on the planet are no more than six acquaintances apart. Here’s how it goes, using President Trump as an example: You know Mark. Mark works at the same company as Stacey. Stacey is in the same book club as Todd. Todd plays golf with Ben. Ben went to school with Micah. Micah just happens to be Donald Trump’s favorite cousin. To help illustrate the ties among government, economic institutions, and big media, we’re going to play our own version of the parlor game.

You and your team will choose a major media executive and be given a list of political, economic, business, and other leaders to connect with your media person. You will create a map showing the connections between your executive and the various people. As a team, you will also draft a short paper explaining why you think these connections matter. Are there implications for our political system? our economic institutions? our citizens, who depend on media for information about the various individuals, groups, organizations? Note that I expect you to draw on the scholarly literature and other reliable sources to support your points. I also expect your paper to conform to a standard citation style and include a reference list.

You and your team will select one of the following media figures to research:

Using the “Six Degrees” idea, you will then connect your media figure with each of the following people:

The goal is to make the most personal connections you can using as few steps as possible. For example, you might discover that your media executive attended the same conference as one of the people on the list. That’s an acceptable connection, but can you take it to a higher level and show that the two met? Is there a news photo showing them shaking hands at one of the conference workshops or sitting at the same table during dinner? Here’s another example: You discover that your media executive donated money to a group one of the people on the list belongs to. That’s also an acceptable connection, but can you show that the person on the list knew about the donation, was a leader in the group that received the donation, or had any other more specific connection to the money? Aim for the fewest steps, but prioritize finding a more personal connection over minimizing steps. 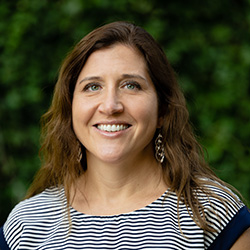